I woke not to the sound of the storms outside, but to my dog barking.  Surprising, considering just how hard the wind was blowing the rain against the windows. But, Cooper decided he HAD to go out.

I joke that he is an old man and one of the many reasons for that slight is the fact that he always seems to need to get up in the middle of the night to pee.  There are many nights where I am awoken by the slight jingle of his collar as he gets down from the bed to go drink from his bowl and then wake me up to let me know he has to go outside to relieve himself.

That's on a good night when he actually bothers to wake me up of course.  All things considered though -- I'll take a wake up to having to spray the carpet.

This time, however, I tried to convince him otherwise.  Especially when I walked past my sliding glass door and saw just how violent the weather outside was.  It wasn't tornado level (thankfully), but it looked like the kind of weather that one should stay in bed as opposed to stepping outside and immediately getting soaked or worse.  I said as much to Cooper but, being a dog, he barked his insistence for the outdoors.

Well, you know what, sometimes you have to show someone concrete proof of their terrible idea.

We went outside and stepped out into the opening scene of Macbeth: wind, lightning, sheets of rain.  The only thing missing were the witches.  It was near enough to the witching hour; though I suppose even witches have better sense than to meet on a stormy night like the one I was experiencing.  It was not weather conducive to flying one's broom...not that I would know.

Still, Cooper didn't indicate he was ready to give up.  I walked my dog to the edge of the breezeway and paused.  There was no way I was stepping out from the relative "safety" of the breezeway.  Cooper's leash is one that extends.  If he had to pee so badly then he was on his own.  Luckily, my dog may be old, but he is not stupid.  He glanced up at me, back out to the howling rain, and a crack of thunder broke the silence.  That was enough for us both and we quickly retreated to the actual safety of my apartment.

"See?  I told you," I muttered to him as I unclipped his leash and shuffled back to bed.

Cooper tucked himself beneath the blankets -- likely disappointed that no witches had come to proclaim him king hereafter. 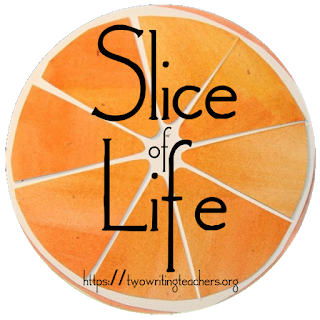