At first I thought it was an errant Cheeto puff, but the ping-pong sized orange ball rolled across the sidewalk when I nudged it with my toe.  It stood out not only because of the color, but because it was a disruption to my morning routine of walking my dog.  I bent over to pick it up, curious as to its textured surface: pockmarked and squishy.
Now that I was holding it, it reminded me less of a Cheeto puff or a ping-pong ball and more of a rubber bouncy ball.  The kind commonly found in quarter machines or in dentist office treasure chests.  A reward for proper brushing dropped carelessly by a child as they headed inside yesterday?  Maybe.
I threw it down, watched it bounce high once, and then -- roll away.
It was NOT a bouncy ball despite its squishy, foam exterior.
I left the orange ball where it came to rest in the grass.  I had no need for a small, bouncy-less ball.  I started to make my way across the parking lot when my attention was drawn to more pops of orange among the grays and blacks and greens of the ground beneath my feet.
There's another one and another.  I tilt my head and see that not only are there multiple orange balls littering the area, but two-inch long black foam darts as well.  And then I remember the night before, when I gathered my mail from the apartment boxes.
I noticed children darting between parked cars, pumping their Nerf guns, and then delighted crowing and whoops of boyish glee split the cool evening air.  I avoided them, not wanting to be hit by friendly fire.  They let the foam and rubber fall where it may -- between sidewalk cracks and beneath tire treads -- too dark to collect their spent ammo.
It was absolute childlike carnage. It was a game and these were the morning remains of a dozen weapons of mass wackiness being fired all at once. 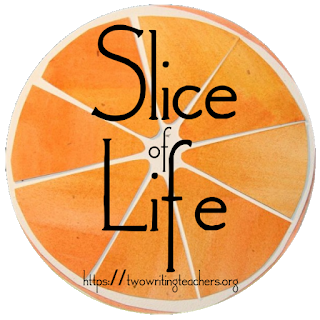