Summer Series Part 3: A Stop Along the Road

Summer, at least as far as I'm concerned, usually revolves around three things: fun, food, and family. I've already shared my fun experience on the beach and my various food experiences this summer.  So that leaves this post for capturing a moment with my family -- and there were several as you can probably guess. I said I was going to do four or five of these blogs and (darn it) even though school has begun I am determined to capture some sweet, sweet summer moments on my blog before they fade even more.

I think for this particular post, I want to focus on sharing with you some highlights from my family trip to Branson, Missouri and specifically the drive up.  You see, my mom had planned this trip for some time -- a chance for us all to be together in one of those vacation houses people often rent with enough rooms for my mom, dad, 3 siblings, brother-in-law, and two nieces.  We would stay here for a few days -- enjoying the local sights, playing games, and of course a trip to Silver Dollar City.

However, we had to get there first, and it seemed like everything was conspiring to prevent that from happening long before the trip itself.  I won't go into all the details, but trust me when I say that despite there being four weeks in July, it felt like everyone else wanted a piece of this one particular week.  Most of them we were able to navigate around or dismiss eventually; however, there was no avoiding a court summons.

For context, know that my youngest sister (Julia) has had some difficulties in the past with staying out of trouble -- mostly with my parents -- and recently she's been having some brushes with the law as well.  I won't share her business here, but suffice to say that she had to make a court appearance on the same day we were planning to go to Branson, Missouri.  My sister can be quite emotional and while she didn't think there would be an issue, she confessed she would feel better if someone accompanied her to court as a kind of moral support.

I didn't have to be that person, but I wanted to be.  I haven't always been the best at playing the role of older sister, and I sometimes feel as though I have let my sister down.  This was my way of showing that -- no matter what -- I could be there for her.  As a bonus, it gave me the excuse to drive myself and avoid both the awkward silence and nausea that usually accompanied my father's driving.

The court appointment did not take long, even if it was out of the way.  I dropped her off with her lawyer and then drove around the small town we had found ourselves in for her court appointment.  It was about an hour and then we were on the road to Branson, Missouri.

Usually we just take the main highway to Branson, but Google had set us on this path because of where the court was and honestly I was not going to complain. I didn't realize it then, but the route we were going was actually something referred to as the Pig Trail Scenic Byway -- a winding, hilly, beautiful stretch of road that is covered with trees and is probably most famous during fall and football season.  I distantly remember driving it once a long time ago to go to one of my first (and only) Razorback games.

I could easily picture the view in fall, but it was nice to drive through the byway in summer as well. I drove us through the hills, turned our music up, and let the windows go down welcoming the smell of the forest into the front seat.

Eventually I saw a sign for an overlook and, with my sister's permission, pulled aside.  I walked with her to the wall, leaning out over the hills, and took a deep breath.  It was beautiful and well worth the pause in our drive.  Of course, we had to take a selfie as well and -- while it isn't my favorite picture because I'm squinting at the sun -- I'm glad we did it.  I'm glad we took the time for that small moment. 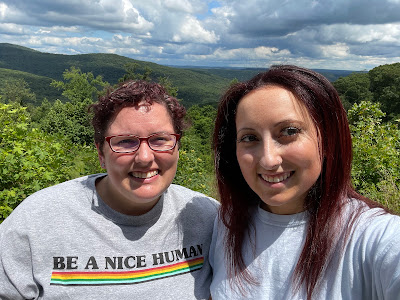 We didn't stay long and haven't really talked much about our leisurely drive to Branson since then.  However, I'm still glad for it because it's a small moment that captures so much of what I love about summer and my family. 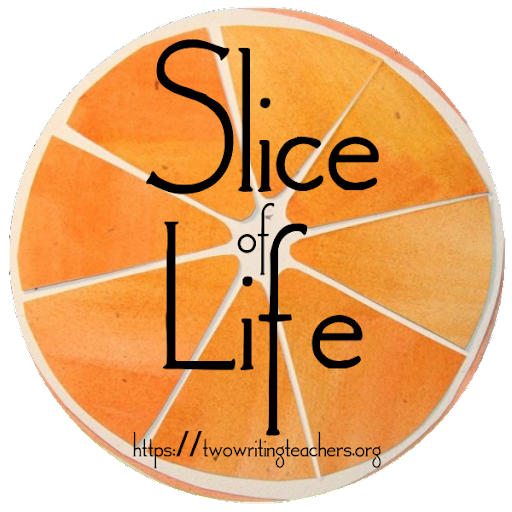